In October 2012, her Ranga Pravesh or Arangetram enthralled the art aficionados and media alike. Several national and regional publications reported the event in glowing terms.

V.Nagaraj from The Hindu, a leading Indian newspaper, commented, “T.L. Manasa’s performance was exemplary: one could distinctly mark neatness in presenting the numbers at all levels of the progressions of the concert.”

Impressed with her liquid grace, he further commented, “The young danseuse assumes postures with remarkable felicity and maintains stability for the required duration; vinyasas are complete and crisp gracefully culminating in the sprightly cadences.”

Comparing her vivacious debut with a consummate performer he added, “She materialised every imagination and vision her Guru had conceived while choreographing the padavarna; whether it was nrutha or the nrithya section, the artiste’s fluency and ease, combined with her expressions, elevated the sequences to such degree of accomplishment, which would exclusively be an outcome of an extempore of an accomplished dancer.”

Prajavani, a leading Kannada-language newspaper from Karnataka, reported on her Arangetram: “Manasa entered the stage and enacted the meaning of beauty without depending on words, just with her physical movements, foot designs, and hand movements. She made her body the medium and enacted various aspects of dance like Drushti-Mandala-Chari-Bhramari in a very attractive way. The special attraction was that she entwined dance and acting together in her expressions.”

Praising her expertise in the dance form, it was further remarked, “She showed mastery in various forms of dance and maintained body balance in revolving movements, expressed radiantly through her eyes and did not show tiredness of body, which indicated commitment to her craft.”

Prajavani also carried an exclusive piece on Manasa and her progress in Bharatanatyam. 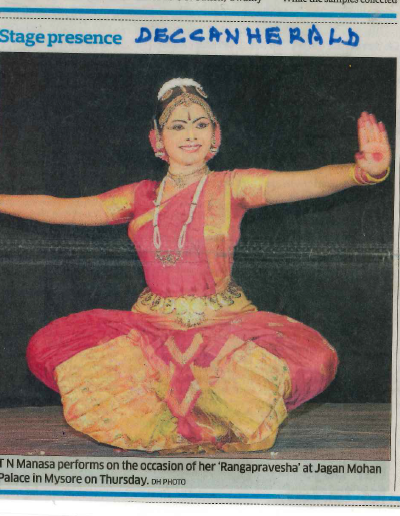 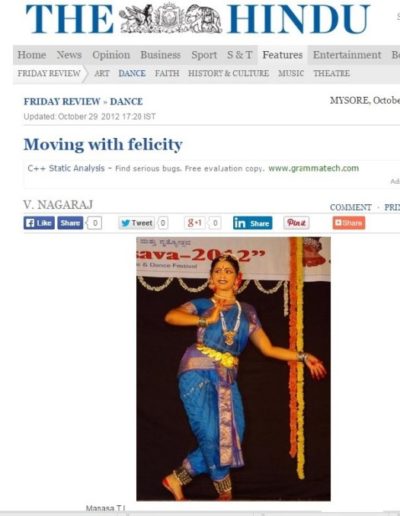 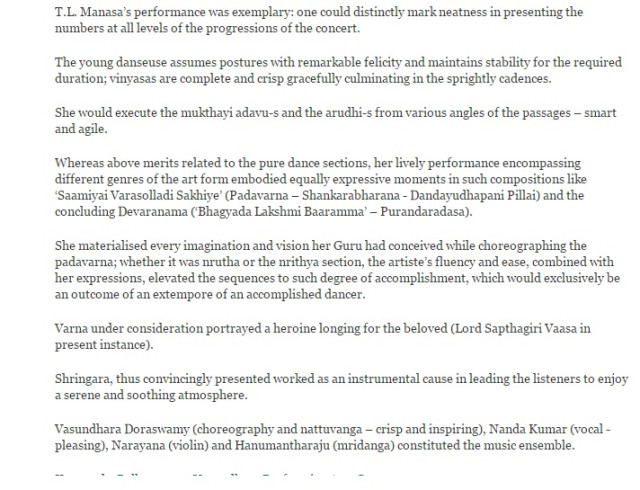 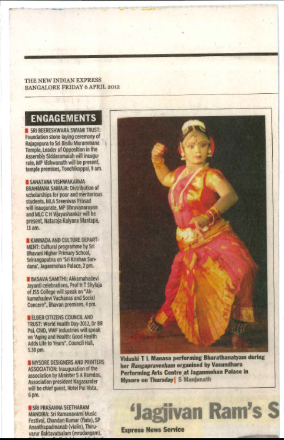 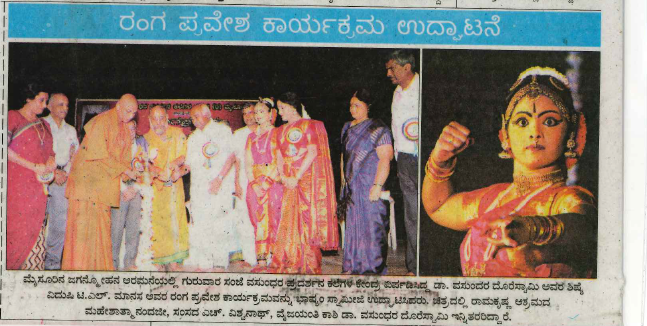 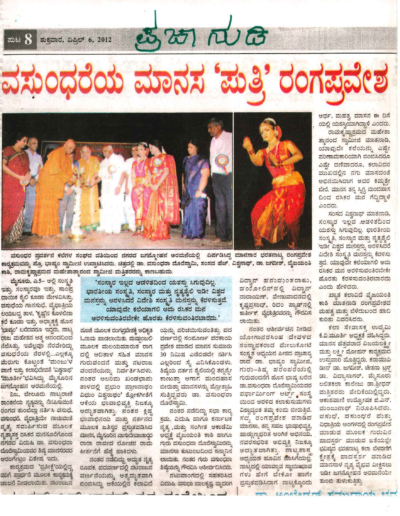 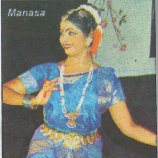